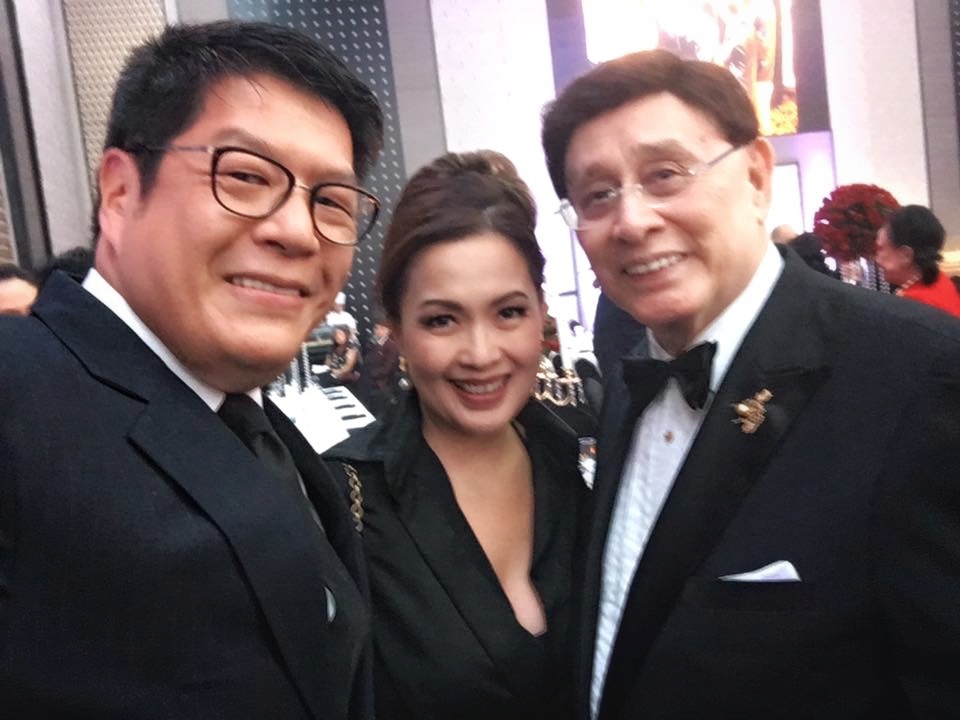 With Johnny Litton himself

The ever dashing and truly a ladies’ man celebrated his 81st year of existence.

Johnny Litton is the man of PHILIPPINES’HIGH SOCIETY. No event is well-attended without Johhny Litton.

The theme was GRACE KELLY’S HIGH SOCIETY MOVIE, which was apt and befitting.

It was a night filled with beautiful women dressed and inspired by Grace Kelly’s fashion style. She was known as the actress in the 50’s for her ethereal beauty, talent and style. The event was attended by Johnny’s close friends, family, businessmen, dignitaries and those who are truly close to his heart. 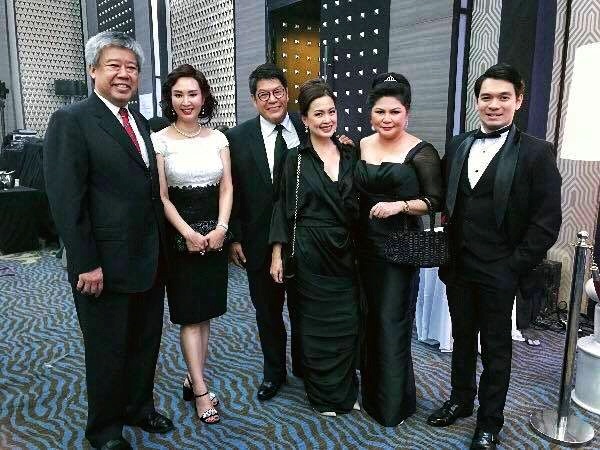 With Elton See Tan and Carolyn Lee Tan of B Hotel

The event was held in the newly-designed ballroom of The Bellevue Hotel in Alabang. At the entrance, you can already see how well-themed the event was. From registration at the lobby, going up to the escalator to the main ballroom, you could sense that the night would be memorable. 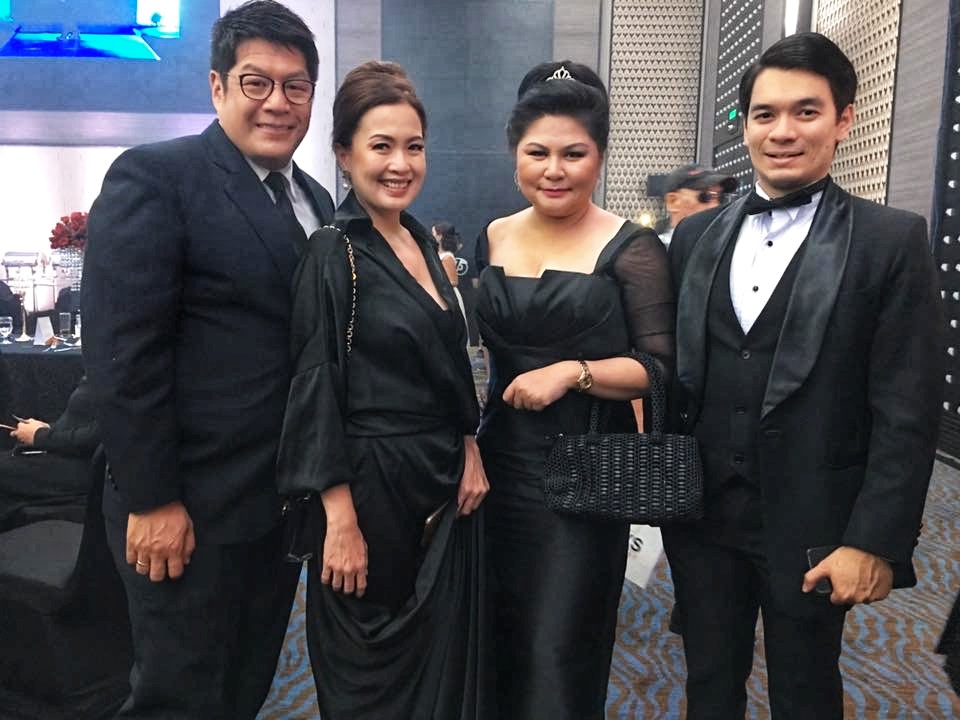 With Mache and David Ackerman

The ballroom was decorated lavishly with crystals. All night, the video of Johnny’s show, OH NO ITS JOHNNY was playing all night. It showed how he has been the man of the hour, a host par excellence, and a man with wit and sense of humor beyond compare. I used to watch his show when I was still a teenager and I was already laughing at his jokes.

One very important person in his life is Madame Imelda Marcos. He referred to her as his boss at the CCP. Johnny expressed and showed so much honor to the person who made an impact in his life. That’s certainly a person who knows how to look back. 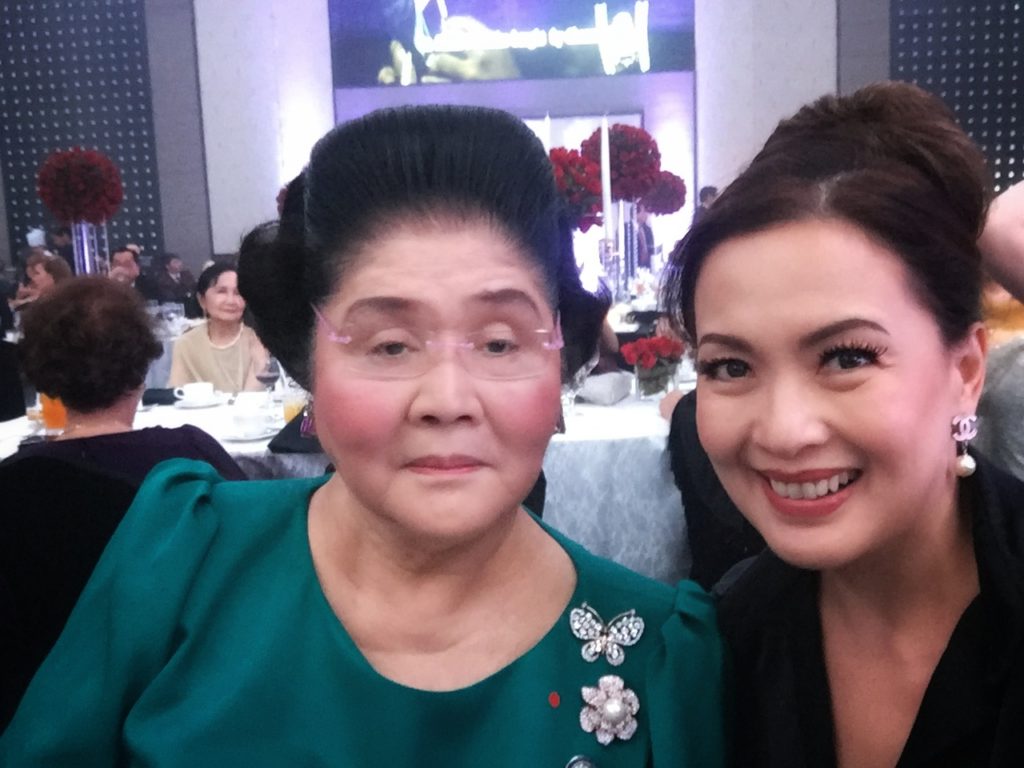 One person serenaded him by singing New York, New York. It was one of Johnny’s favorite songs.

Another one was Jose Mari Chan. We all wanted him to sing more. A romantic guy to his wife, no wonder his songs are close to our hearts. 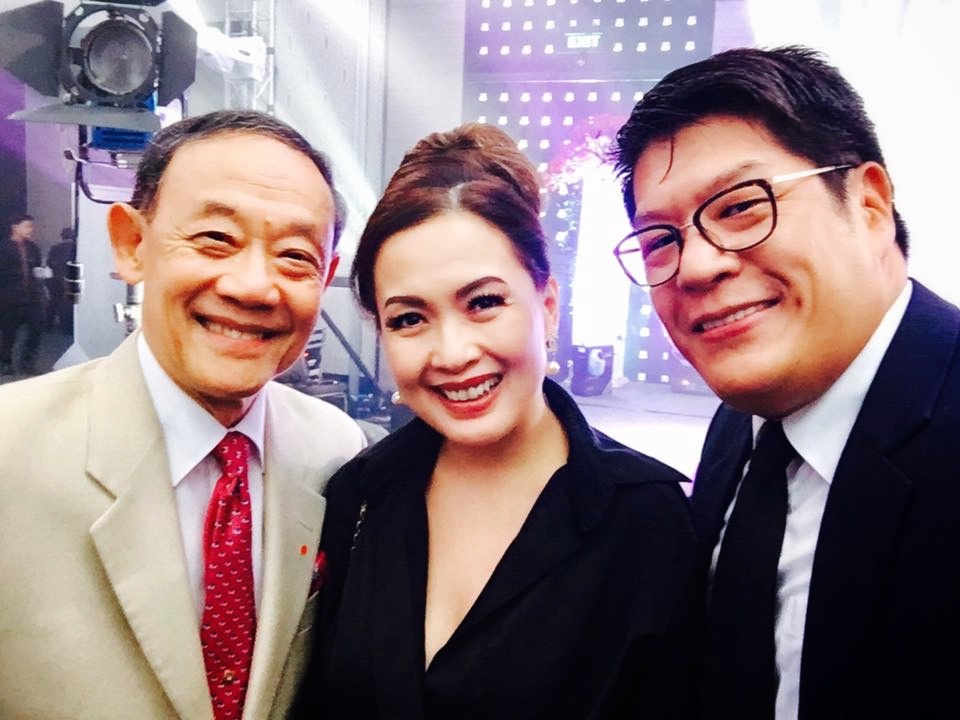 Johnny’s family was also with him. His wife, Tere Litton all dressed in red, stylish as always. A family who stays together no matter what. Like him, his children and grand children were such wonderful people. 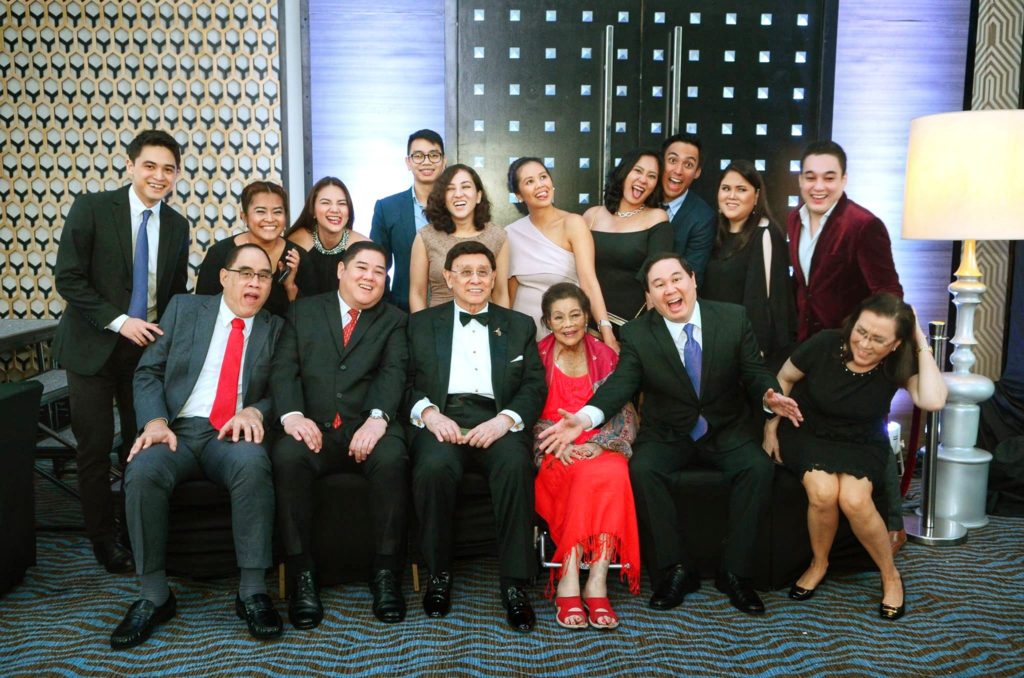 The Litton family – happy as always

At the end of the event, women came to him, calling his attention for selfies. Truly he was such a ladies’man.

Johnny has this rare talent of making you feel important. When he cracks jokes, anyone can relate to the joke. It doesn’t matter if one is a waiter or a businessman.

We all wished him a more fruitful, glam and fab life for the man who created such high society life.

Cheers to the one and only, Johnny Litton!!